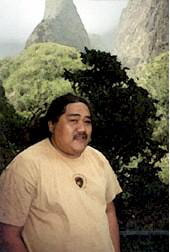 
Join us as we travel the distant and fascinating lands of Indian Country. This download was originally aired nationally as a public radio program titled Oyate Ta Olowan--The Songs of the People during the 90s. Each Oyate download includes the 30 minute program plus the full length songs featured during the program.


See the longer description below to hear a short clip of this show and to read for a full account of our journey to meet Charles.


Oyate Ta Olowan was produced by Milt and Jamie Lee with funding from the Corporation for Public Broadcasting and the National Endowment for the Arts. The series was aired nationally by Public Radio International.
Not Available