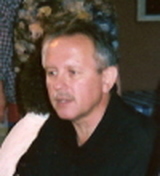 Milt Lee has been a documentarian for the past 34 years. He is an enrolled member of the Cheyenne River Sioux tribe, but was adopted and grew up in a university setting in Vermillion, South Dakota. After doing theatre and music for many years, in 1974 he opened Mr. Dog Music—a recording studio in Rapid City, SD, where he began doing documentary work in Indian County.

Over the years he and his wife, Jamie have traveled all over Indian Country producing shows in a variety of media, including slides, film, video, and public radio. They have received grants from the National Endowment for the Arts, the Corporation for public broadcasting, and Robeson Fund, among many others. Among their clients are the Discovery Channel, Disney, the National Park Service, and the Smithsonian NMAI. In 1995, they began a 5 year odyssey traveling over 110,000 miles to collect the stories and music from over 50 tribes. The result was the award winning public radio series, Oyate Ta Olowan, the songs of the people. Funded by the CPB and the NEA, the series has played on over 200 public radio stations including the Australian Broadcasting Corporation, stations in the USA, Canada, and beyond. The series continues to be used by major universities, and people from around the world.

After winning Best Short Documentary in the Native Voice Film Festival for Video Letters From Prison, Milt Lee was awarded a Bush Artist Fellowship in Video for 2007. In 2010 the completed documentary, Video Letters from Prison aired nationally on public television.